Welcome to the Nachtwey Lounge

My friend Mel and I had an entire conversation about the name of the lounge, also known as the back wall of the photo room. I liked Nachtwey Lounge. It sounds classy. Sophisticated even. She suggested some other photographers' names and maybe f/64 or something to do with postmodernism. I don't remember, because I still liked Nachtwey Lounge better.

I should explain that this didn't start out entirely my scheme. A group of us talked about how we needed a couch. Everyone in the photo department spends their life in the same room and it needed a more homey feel. We decided we could remedy that. Jake had a couch and became the best red herring ever. Devan had a truck. Melanie and I had the muscles ( . . . or at least the feminine wiles to get a couple guys to carry in the couch from the top of the stairs just outside the GT). And we had Mike's silence, in exchange for him having a place to nap when his shifts were slow.

Then my roommate Chessie gave me an idea. What if things just started showing up? One thing a week . . . a table, then a book, then a blanket . . .

This one got the most reaction: 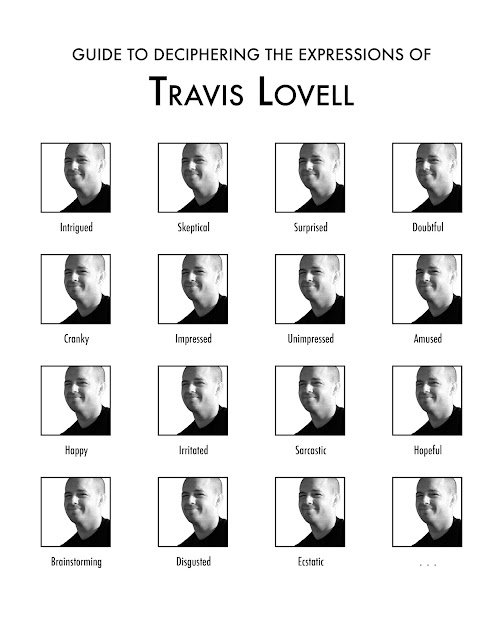 I would like to point out that there are many more things this particular expression could mean. And no matter what he says, we get this exact look all the time. (Also the . . . is a very specific version of this expression. See Mel for an example.)

John, of course, couldn't be left out of the mix:


Most of the items were thrift store finds and fix-ups. Chloe helped with the lamp (which needs to be rewired, I think), and there were suggestions given by several others as to the additions week-to-week. Yes, there were more people that knew about this too. I'll let the rest of them admit to it if they so wish. Until then, Photo world... enjoy the Nachtwey Lounge!


(And on a side note, there is a severe lack of pictures of Barb. The Capitol Reef classes need to change that this summer!)
1 comment:

Some of you may know already, but I've been working on my final project in school--a project in which will take place in Estonia. As a result, I have been spending this school year working on funding. On top of the grants and scholarships I have applied for, another fundraiser I have started is through a website called KickStarter.

Kickstarter is a website that helps launch creative projects. I have set a goal amount to raise $4,000, and from there it's up to backers to decide how much they are willing to pledge to this particular project (each amount also has an incentive attached). If the total amount pledged equals or exceeds my goal, the project will be funded. If it comes short of that, it will not. The final date for pledges is April 20th at 10:00pm.

This is where I'm looking for your help: even if you are unable to help financially by pledging, I am asking that you share the link below wherever you are able: Facebook, email, blogging, etc.

For those who I have already noticed sharing this on facebook, thank you! There are 18 more days and any advertising of this project helps!