July 4th was practically sandwiched this year with Patriotism! Because it was on a Sunday, Stadium of Fire was held Saturday night and the City of Provo did their big parade Monday morning. It was great good fun!  I went with Chessie Saturday night up to the park where we had a mini picnic and then went to see the new Robin Hood at the dollar theater (gotta love Provo) before finding a cozy spot on the hill to watch the big show.
The fireworks were fun, but the normal 10 minutes it would have taken to drop her back off at her house took an hour and a half!!!
Monday morning instead of fighting the traffic, My roommate and I took our bikes and headed down to Lance's for breakfast and to watch the parade. Being early, I almost forgot my camera, but luckily it was a three minute bike ride to remedy! Here's what we saw: 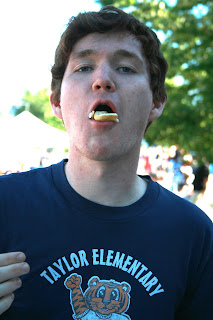 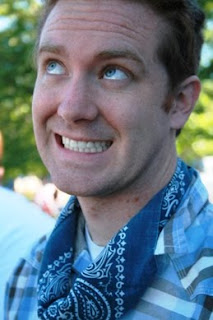 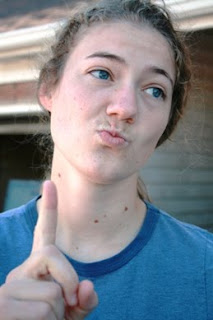 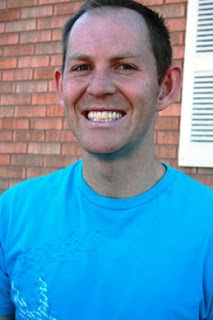 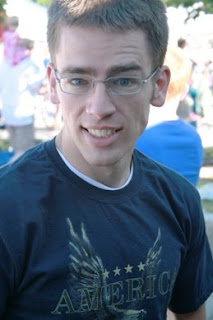 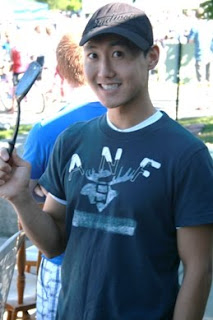 Here's the Gang: Trent, Taylor, Liz (the roomie), Levi, Lance and DK. We had pancakes while we were waiting! 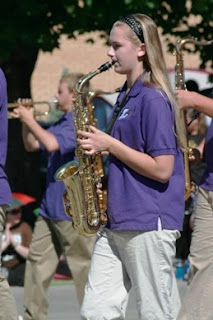 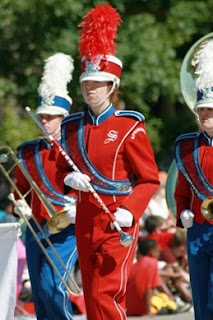 Marching Bands have a tendency to make me nostalgic. The other day I was driving while Provo High was marching the streets practicing and I had the ridiculous urge to go find a flag and start doing drop spins!
Besides the Marching bands we got to see: 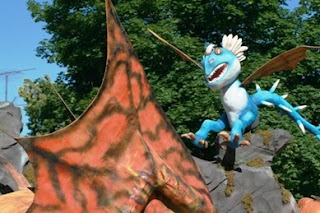 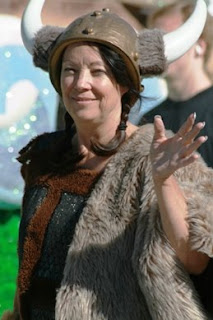 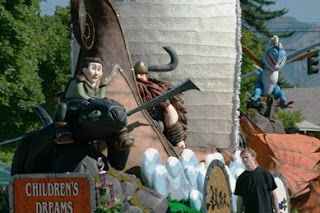 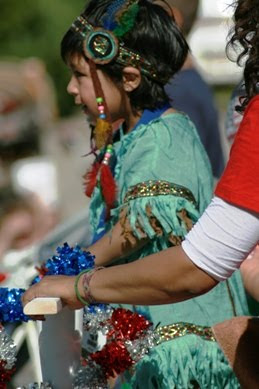 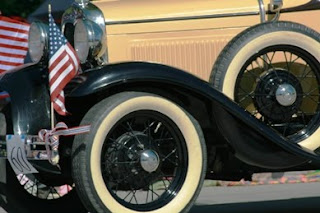 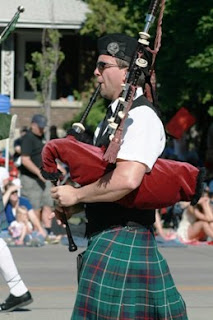 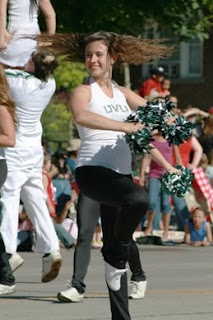 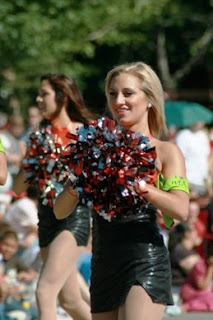 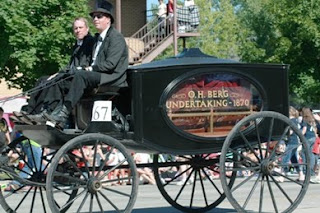 You know... just in case someone dies of heat stroke during the parade. 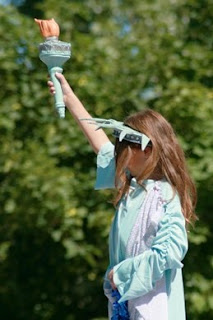 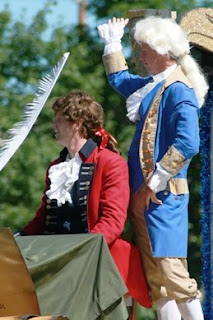 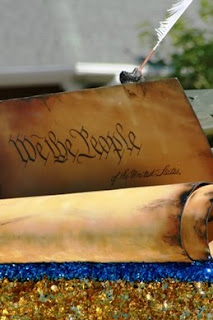 Lady Liberty and our Founding Fathers 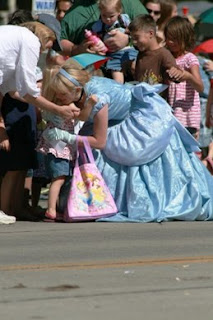 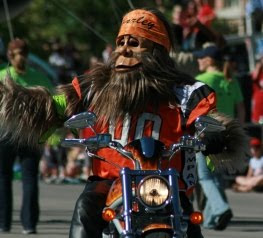 Remember Harry and the Henderson's? This is Harry's son... Harley.
And just because it's Utah: 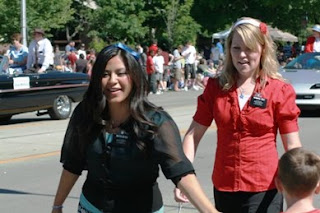 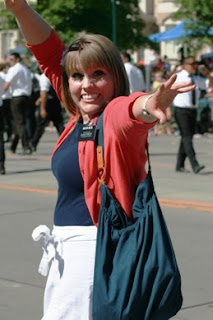 The Missionaries (The sister's were the most photogenic... sorry!) 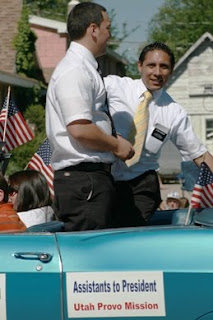 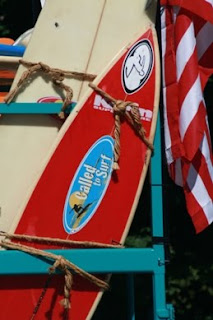 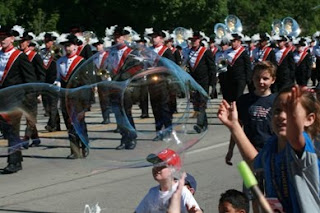 And these... these were just fun!
Hope everyone had a great Independence Day!
2 comments: